In 1987, I was a flat out record-buying fool. I make no apologies for this. Just as Carrie Bradshaw would have her shoes, I had my records. This was the year I started graduate school, and I had a pretty good job working at the Harvard University Press. My monthly budget included rent, food, concert tickets, records, and cable TV. I had to watch MTV, especially 120 Minutes on weekends at midnight. That was when they'd roll out all the indie music videos coming from England, Ireland, and far-flung parts of the United States. I first heard some of my favorite bands like R.E.M., The Cure, and They Might Be Giants right there on MTV. I know it sounds crazy watching music videos on a cable channel instead of YouTube, but we had to make do with what we had.

I watched the videos, bought the records, and made a treasured mixtape creatively titled "1987" that included songs from these albums:

Simple Minds: Live in the City of Light A little bombastic at times, but lead singer Jim Kerr was married to Chrissie Hynde of The Pretenders and was very cute besides.

The Sisters of Mercy: Floodland "Lucretia, my reflection. Coast to coast with me." BANG!

I had a little bit of a gothic thing going on, and I loved The Sisters so much. I still love them. I want to get up and dance. Right now. One of the best albums that ever was. The music and the lyrics on this album are amazing. "Disturbance at the Heron House," "Exhuming McCarthy," "Finest Worksong" — all brilliant — and then there's this from "It's the End of the World (As We Know It)": "Leonid Brezhnev, Lenny Bruce, and Lester Bangs birthday party, cheesecake, jellybean, BOOM!" A little bit mind-blowing, no? And Peter Buck was so hot in that shaggy guitar player kind of way. I saw him once shopping in a used clothing store. I am 99 percent sure he said hello to me. My best friend was convinced he was saying hello to her. We've agreed to disagree on this.

The Who: Who’s Next 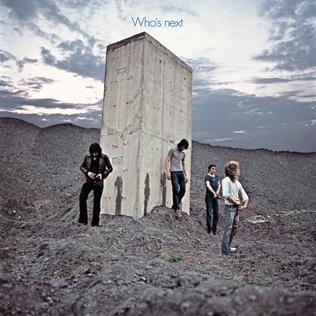 It's the only golden oldie on this list. It's from 1971 actually, but I played it when I was writing papers for my classes, so it's on the list. My boyfriend said this was the best Who album, so I bought it at a used record store for $2.99. This is one good thing that came out of my relationship with that particular boyfriend. I thought "Baba O'Reilly" was about my hometown. You know, "Teenage Wasteland. They're all wasted, blah, blah." It completely validated my going away to college and never moving back.

The Smiths: Strangeways Here We Come I have a lot of friends with divergent musical tastes, but Morrissey and The Smiths bind us together forever. For some reason, "Girlfriend in a Coma" always makes me think of Claus Von Bülow. I imagine Jeremy Irons talk-singing it, like Henry Higgins in My Fair Lady. I also imagine him talk-singing "Panic." I would like to hear Jeremy Irons say the words, "Dublin, Dundee, Humberside." But that song is on another album. This is my heavy metal, head-banging guilty pleasure. "November Rain" and "Sweet Child o' Mine" are instant classics. Turn it WAY up and just scream along with Axl. Whew! That always feels good. I saw them open for R.E.M at the Worcester Centrum and I knew I had to buy this album. Natalie Merchant's voice was so beautiful and clear, like a bell. I recommend every song, but especially "Verdi Cries." It's a deep cut but so evocative: "Holidays must end as you know/All is memory taken home with me/The opera, the stolen tea, the sand drawing/The verging sea all years ago." Is it raining in here? Why is there water in my eyes? Anyway. Moving on.

U2: The Joshua Tree Oh, the things I did in the name of love for this band. It's truly embarrassing. Somebody should have had me committed. I joined their fan club. I got up at ungodly hours to queue up for tickets. I bought every issue of every magazine that put them on the cover, and they were on A LOT of magazine covers. Was it worth it? OMG! Yes. I saw The Joshua Tree Tour three times in 1987, and they blew the roof off in a different way every single time. Listening to Bono lead about 30,000 people singing "I Still Haven't Found What I'm Looking For," always made me feel better about having no idea whatsoever what I wanted to do with my life. 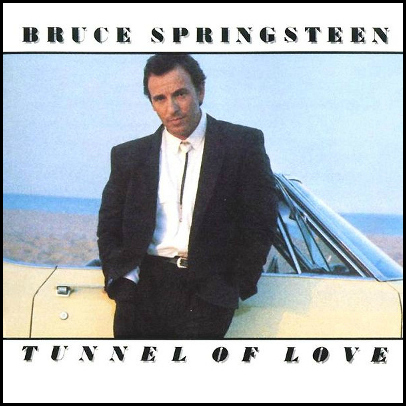 If Bruce recorded it, I bought it. I asked no questions. I made no demands. "Brilliant Disguise" is still one of my favorite songs. It's not as good as "Jungleland" or "Rosalita," but really, what is? From this album, I learned that toasters in England only toast on one side. I made a mixtape with "Nothing Like the Sun" on one side and "Dream of the Blue Turtles" on the other. I took this with me whenever I was commuting via subway, bus, or airplane. There's something soothing about Sting's voice during this jazzy blues period he was going through. It was music to lull you right to sleep, but I mean that in a really good way.

Postscript: I burned the songs on my "1987" mixtape onto a CD. Later, I compiled the songs into a really excellent iTunes playlist, and then again onto a Spotify playlist. Technology changes; my musical taste does not. 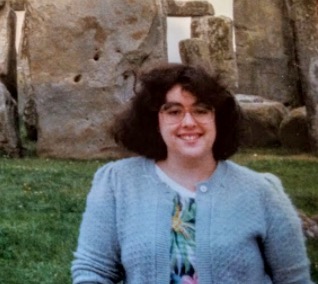 Frances Katz is a freelance writer and blogger for a number of publications including The Atlantic and Ploughshares. She refuses to delete any songs to free up memory on her iPhone. Although Paris is her spiritual home, all of her stuff is in Atlanta, Georgia.